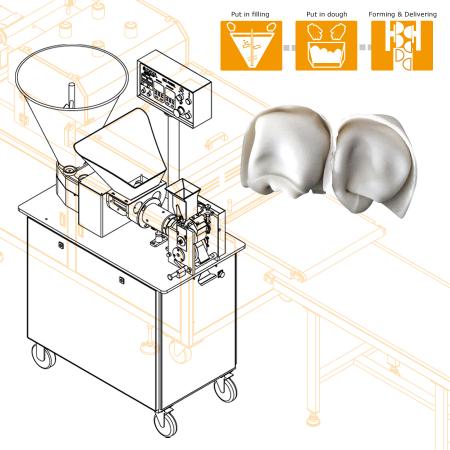 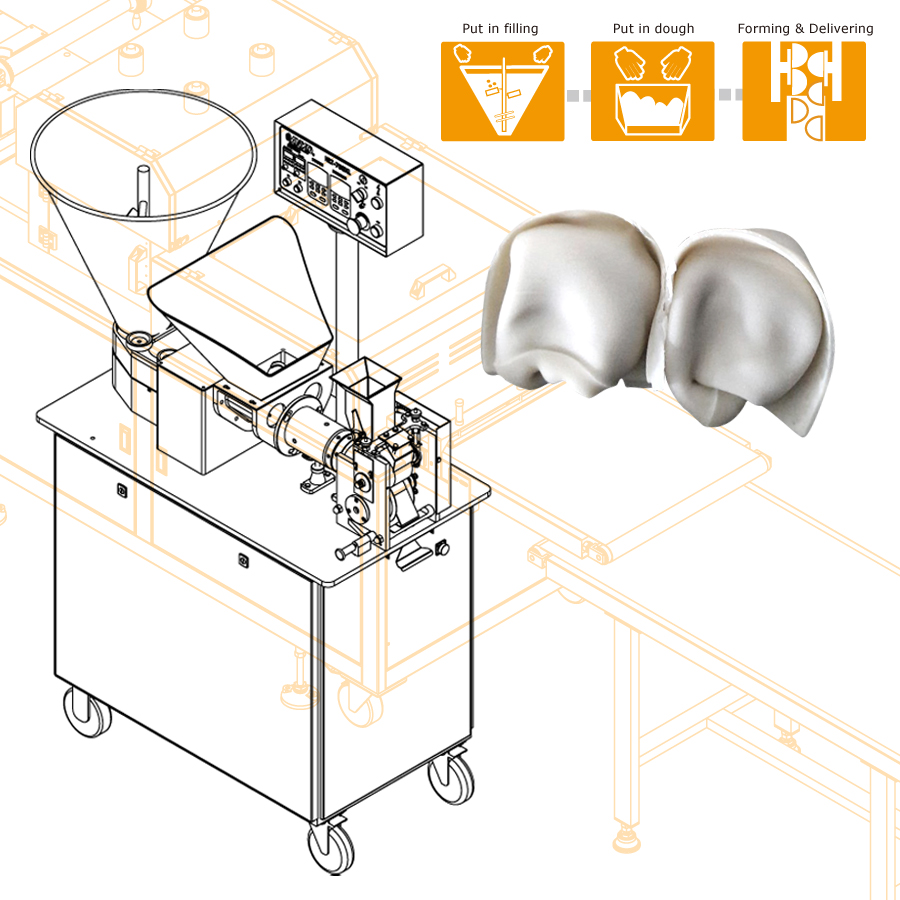 20 years ago, a Chinese restaurant opened, serving Shanghai style dim sum which then became popular with the local people. However, the issues of labor shortage, limited capacity, and workload drove the owner to make a change. During his visit to ANKO, he had good experience with ANKO's machine trial service. During the visit, both of us could have a better understanding of each other. Based upon his ideas, concerns, and needs, we customized two rotary molds to help him mass-produce shanghai wontons that were complicated to fold by hand. With ANKO's HLT-700XL, now the owner doesn't bother to recruit and train cooks and can increase capacity to meet demands.

Vegetable and meat wonton originated in Shanghai; every family has its own recipe. Shanghai wonton, different from Chinese dumpling, is folded into a yuanbao-like shape with thick, square wrapper, boiled with water and then served in chicken soup, meat soup or bone stock with a few drops of sesame oil or soy sauce, sometimes a pinch of coriander or chopped celery.
The yuanbao-like wonton symbolizes not only wealth but also perfection, because it is full of filling. "Full" (飽滿, literally bao man) has the same character and share the same meaning with "perfect" (圓滿, literally yuan man).

Mix flour, water, and salt together in a bowl.
Dust the worktop with flour and knead the dough until smooth.
Rest for 20-30 minutes.
Roll the dough into a sheet about 1-2 mm in thickness.
Cut the sheet into 7*7 cm wrappers. Set aside.

Chop bok choy, shiitake, and green scallion.
Add them and minced pork in a bowl, then season with soy sauce, salt, and sugar. Mix all ingredients thoroughly.
Scoop a spoon of stuffing in the center of a wonton wrapper.
Fold the wrapper in half and seal the edge.
Pull the two folded corners together and then pinch them firmly.

Solution 1. To design a new mold that satisfied all the client's needs.

During the discussion on the customized mold, he hoped that we could design the mold to satisfy the two conditions.

First, the new products can have a special shape.

The client spent a lot of time folding the shanghai wontons into their iconic shape by hand. He wanted to save time on folding wontons but expected that the machine-made wontons can still be attractive.

Second, the new products can fit into the original packaging.

He used to sell frozen wontons in boxes and would like to pack the same packaging for the new products.
Therefore, We researched and developed a mold on the basis of the size, weight, shape of the client's handmade wonton, designing the wonton mold in a special shape. On the day of machine training, we also provided a best way to arrange products in the box.
The switch from handmade to automatic production processes might have costs and difficulty in the beginning, but the total solution we offered saved him the cost of changing packaging and made the transfer more effective and solved the labor shortage problem.
After selling the machine-made Shanghai wontons, the new shape wontons gain popularity with customers and unexpectedly become a new product line because the wonton's gorgeous shape looks like UFO and is called little UFO wonton by customers. 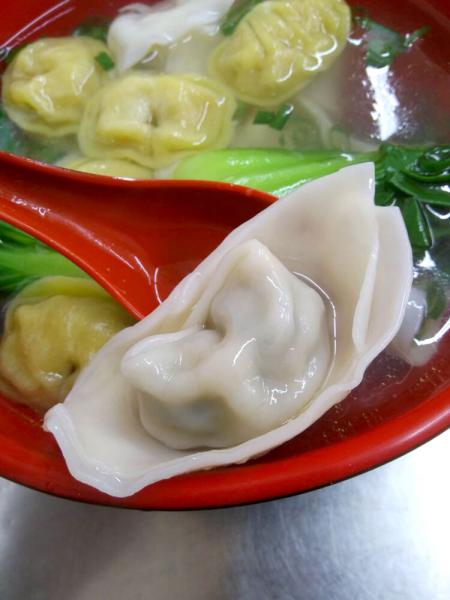 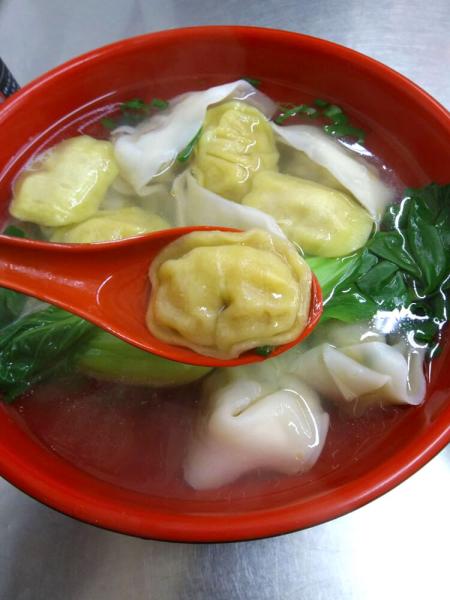 Solution 2. Customize another mold for wontons with delicate handmade shape.

Through the last order of the little UFO wonton mold, the client knew ANKO's custom design and manufacturing capabilities. Afterwards, he placed another order for a new shape mold making wontons with a thicker wrapper. This time, he would like to add a handmade process giving the wontons a delicate handmade shape.
Our R&D engineer made a plastic mold for making 30-kilogram rectangular wontons and provided it on trial to ensure the rectangular shape could then be made into the shape that suit his needs. The client was satisfied with the mold and placed an order instantly. The customized mold not only facilitated the productivity, but also made a pleasing look that met the requirement. 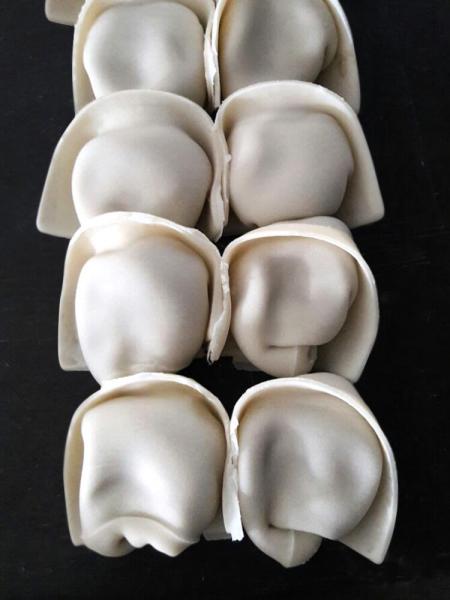 Can products in different shapes be made by one machine?

By changing the forming mold set and turning the dough thickness adjustment nut, one machine can make food products in different shapes, weights, and sizes.

The forming mold can be customized and is easy to change.

The forming mold of HLT-700 Series can be customized according to a client's needs including product size, shape, edge pattern and ingredient characteristics. Through the customization services, all clients can have their own unique products.
For clients who make products in different shapes, the design of the forming mold set helps clients easily change the set in a few steps - pull out a latch, switch sets, lock it - and then continue to produce different products.

The thickness of a wrapper can be adjusted quickly.

Different foods have different wrapper thickness. After changing the forming mold set for making another food, users might need to turn the dough thickness adjustment nut for thicker or thinner wrapper. By tightening or loosening the nut, the wrapper can effortlessly be made thinner or thicker. 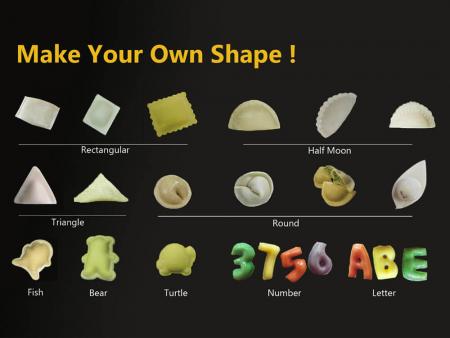 The HLT-700XL features a customizable forming mold to make not only square and circle but also special shapes such as bear, letter, number, etc. - even the edge can have different patterns to create unique products. Currently, the HLT-700XL with easy-change forming mold sets is able to produce over 70 kinds of ethnic dumplings including Polish pierogi, Russian pelmeni, Italian pasta, and the Shanghai wonton in this case.
Video

How to make dumplings? Click the video to watch more about the production processes of the HLT-700XL, different molds, and their final products. The video also shows how easy the switch of the forming mold sets is and how xiao long bao is made by ANKO's HLT-700XL and an EA-100KA forming device. 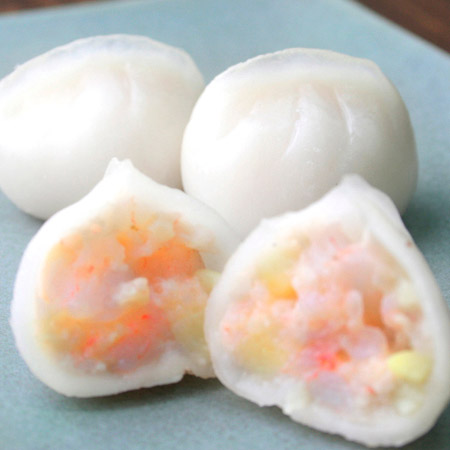 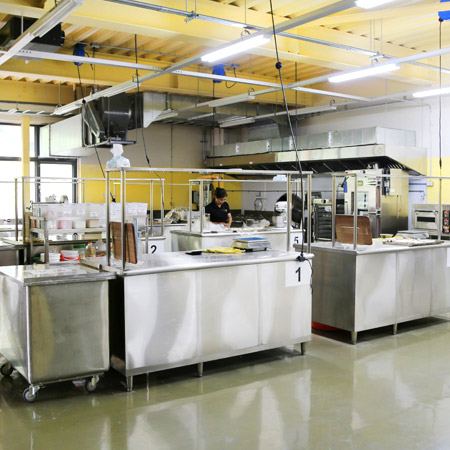 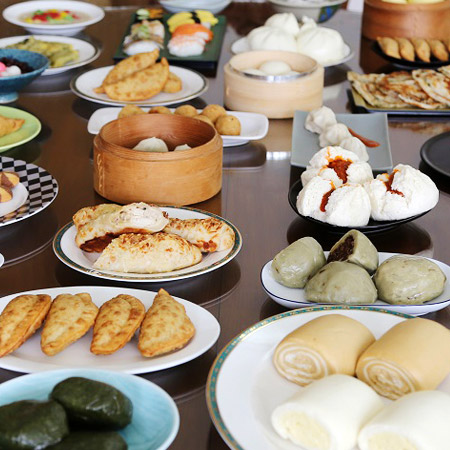